Explore Dutch floriculture with the flower auction 'Behind the Scenes' walking tour.

The Netherlands is known all over the world for its flower export. The flower trade is one of the most important sectors in the Dutch economy. Dutch flowers and plants are a household name abroad. So, when you will visit Holland, why not go on a ‘Behind the Scenes’private walking tour with “Flower Tours Holland’ at flower auction ‘Royal Flora Holland’ in Aalsmeer?

The Netherlands, a flower country

The Netherlands already had a real flower culture in the 17th century. Remarkably enough, the Tulip, for which the Netherlands is now so famous, did not exist in the Netherlands. It was only when Carolus Clusius of Leiden University received Tulip bulbs from Turkey and started experimenting, interest started to grow. After years and years, the Tulip was widespread in the Netherlands and was hybridized and grown more and more, as the demand increased enormously. At one point,when rich Dutch traders started investing large amounts of money in new Tulip varieties, that a few Tulip bulbs of a new variety had the value of a canal house in Amsterdam. This was also known as ‘Tulip mania’. It led to a rising interest from neighboring countries to import the flower bulbs.

To this day, the trade in flowers,plants and bulbs is very important for the Netherlands. Flower auction ‘Royal Flora Holland’ is by far the largest in the world. Every year, more than 5 billion euros worth of flowers and plants are exported abroad through the flower auctions of this cooperative with main locations in Aalsmeer, Naaldwijk and Rijnsburg. 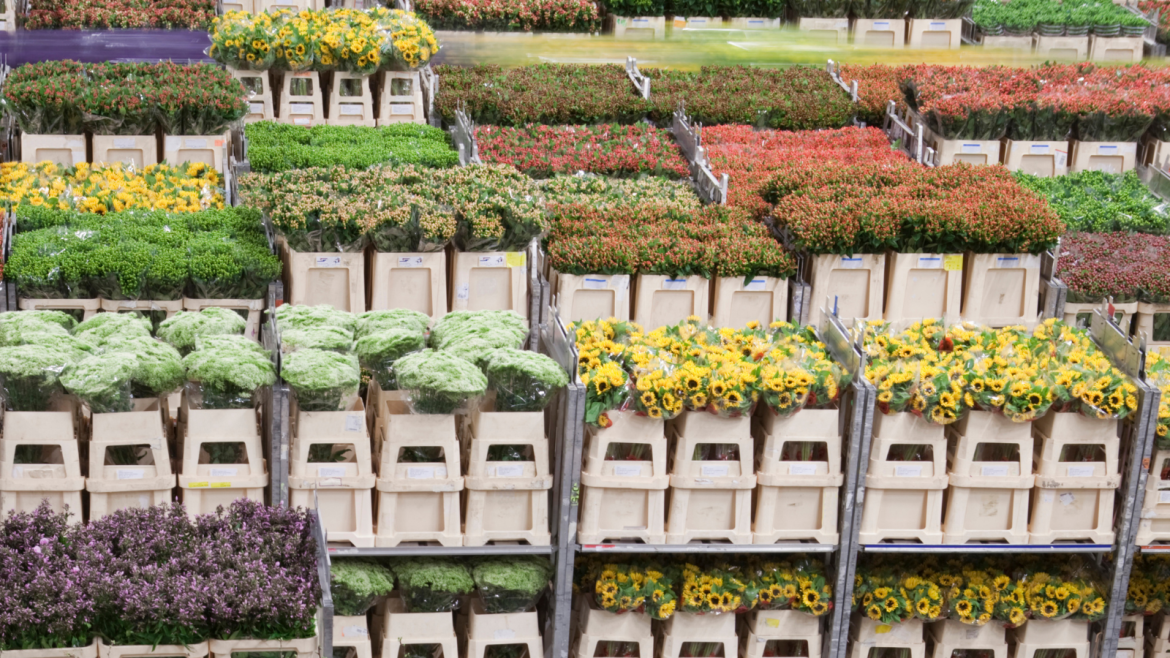 Flower carts at the flower auction

The largest indoor trade building in the world, with a build floor area of 16 million sq.feet, ‘Royal Flora Holland’flower auction is located in Aalsmeer. So it is no surprise that Aalsmeer is called the’flower capital’ of the world. It is here, where you see traders gather to buy millions of flowers and plants using the auction clock on a daily basis. Of course buying online through internet is becoming more and more important. For those who want to witness the distribution process with their own eyes, there is the option to go on a private walking tour.

What will you experience during a walking tour at the flower auction?

Enter the visitor center and walk through a gallery towards the auction complex. Here, traders buy millions of flowers and plants every day. During the walking tour, you will be able to see the process of the auction. See how bidders nervously sit and wait, while watching the price on the large auction ‘clock’ going up or down. While the price drops on the clock, it is the art of not pressing your button too early. However, press too late and you will lose the bidding, as one competitor who presses the button first, buys the lot.The method which is used here, is called “Dutch Auction”, which really means that the auctioneer starts with a high price and gradually the price drops during the selling process…..
Every hour, at one ‘clock’ about 1000 to 1500 transactions take place, giving the cooperative of growers, a total turnover of an amount close to 5 billion euros in 2020.

Seeing this nerve-racking process requires an early start in the morning.
As the auctioning takes place from 6am to 11am, the guide of ‘Flower Tours Holland’ will meet you at your hotel at around 7.00 a.m., depending on the day of the week.
Still, it is well worth it, as a visit to the world’s largest flower trade center in Aalsmeer is a unique experience you will not soon forget.

Want to peek behind the scenes of a flower auction? Join us on a Royal Flora holland tour and learn about the whole buy-and-sell process. Book here your tour 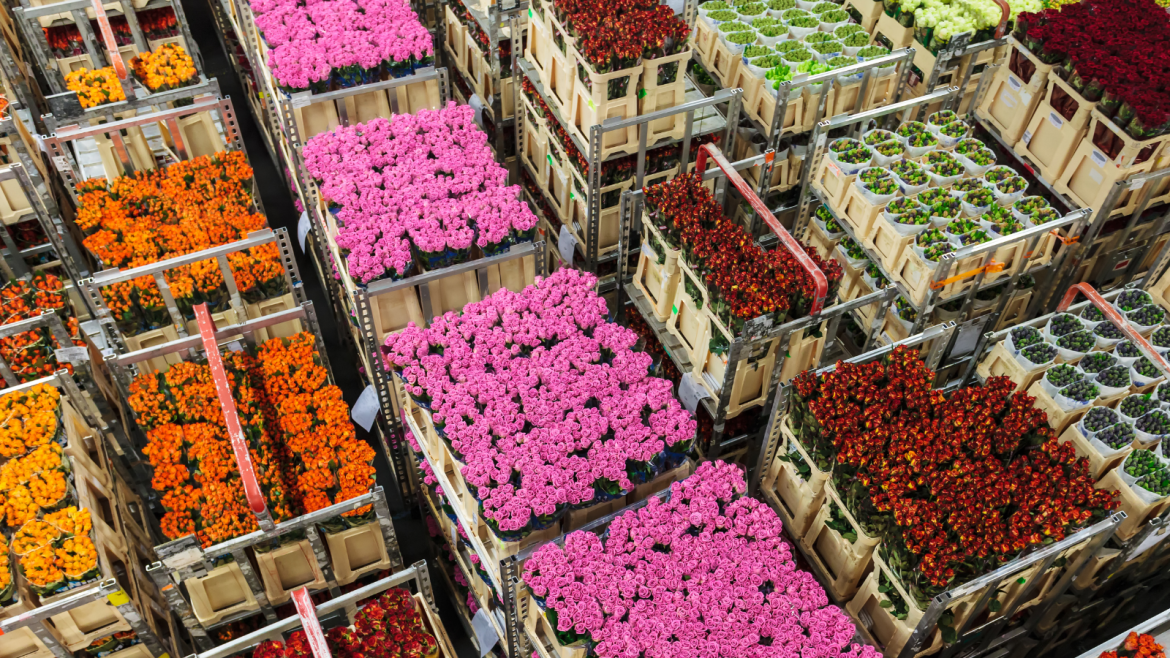 Flowers to be auctioned 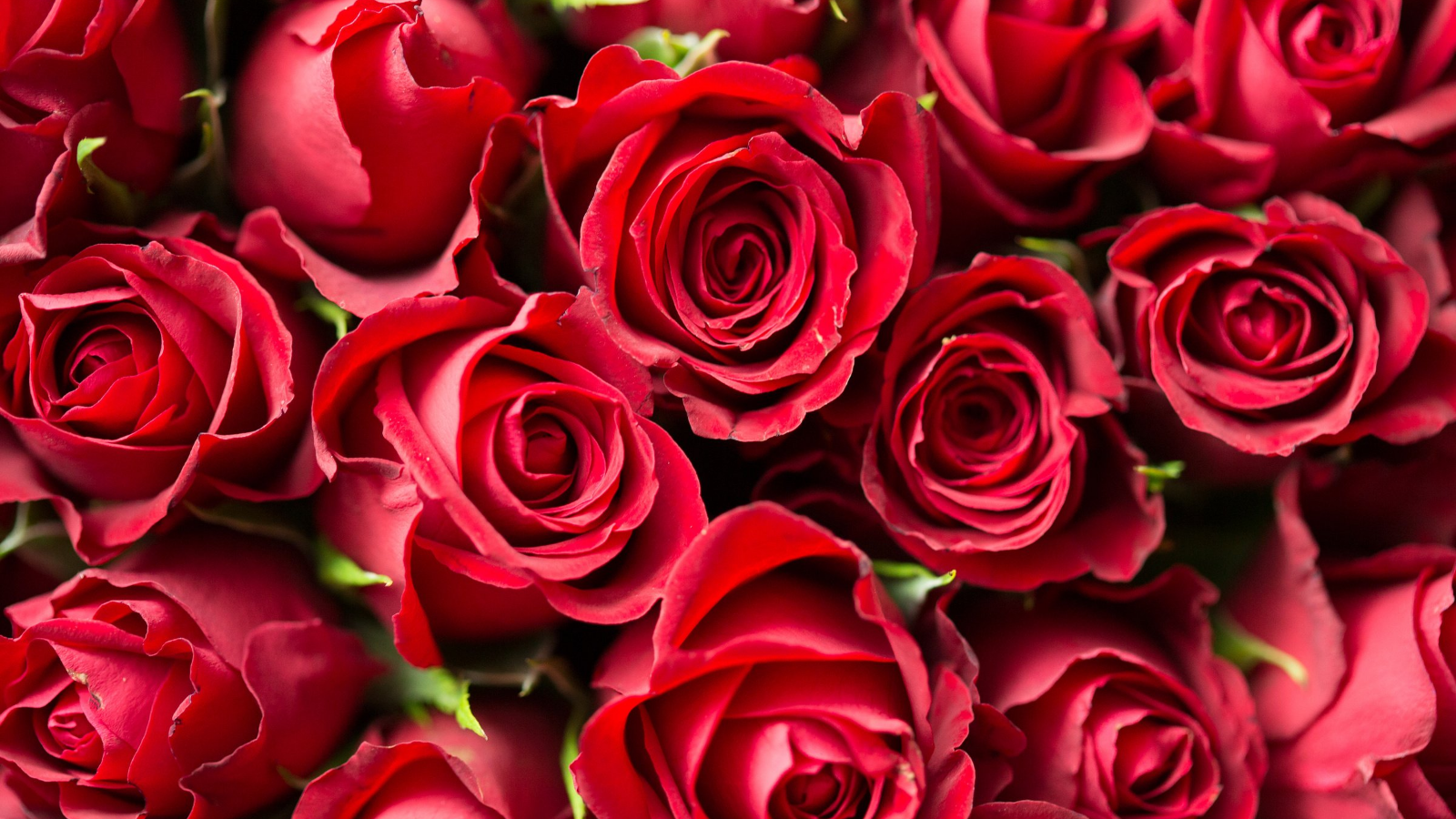 Which Tulips would you plant this year?
18 december 2020
Place comment